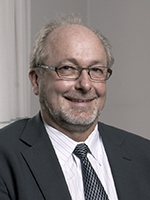 John Kruse Larsen is CEO of the Danish asphalt company Pankas A/S. In 1977 he got his Master of Science B from the Technical University of Denmark (DTU). Since 1979 John Kruse Larsen has been employed in Pankas A/S. From 1986 he was Vice President and in 1991 he became the General Manager of Pankas.
Pankas is a Danish-owned company and started in 1990 with the expansion with subsidiaries in Germany, Poland, Hungary, Czech Republic, Slovakia, Romania and Ukraine.
John Kruse Larsen has been a member the Board of the Danish Asphalt Pavement Association “Asfaltindustrien” since 1992 and is now Vice Chairman. 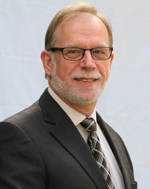 Egbert Beuving graduated from the Technical University of Delft as a civil engineer. Throughout his working carrier, he has been involved with the paving sector. He started at Netherlands Pavement Consultants as a Technical Manager, he later joined CROW, the Dutch Information and Technology Centre for Transport and Infrastructure, as a project manager. Here he was, among others, in charge of co-ordinating national research activities in the area of road construction, recycling and asphalt pavements.

In 2001, Egbert Beuving became Technical Director of EAPA. He was the focal point for technical issues, the secretary of the Technical Committee of EAPA, chairman of CEN TC227 WG1 and also involved in Health, Safety and Environmental issues. In 2009 he became the Director of EAPA and since 1st July 2013 he is the Secretary General of EAPA. Egbert is also quite active in several CEN committees dealing with asphalt and bitumen.

Carsten Karcher graduated from the Karlsruhe Institute of Technology (KIT) former University of Karlsruhe as a civil engineer. In 2004 he got his Doctors Degree at the same university. From 1999 on he was research assistant, head of the Testing Center according to German guidelines and at the end head of the department “Highway Construction Technology” at KIT. He has a strong bonding to asphalt material and a founded understanding of its technical, environmental and social issues. As head of the department he acquired and conducted research projects mainly in the field of asphalt pavements. Dr. Karcher is familiar with European projects as well as with print media and TV.

Since 1st July 2013 he is the Director of EAPA and is dealing with Health, Safety and Environmental issues and Political items.