MEP Ertug informed in more detail how the European Fund for Strategic Investments (EFSI), the Commission President Juncker‘s Investment Plan for Europe (the so-called “Juncker Plan”), works. The Investment Plan for Europe aims to encourage investment in strategic projects around Europe to ensure that money reaches the real economy. This should unlock additional public and private investment of at least 315 billion Euro over the next three years. The EFSI aims to overcome current market failures and will address market gaps by taking on some of the risk and mobilise private investment and other relevant public funding. In the area of transport, the EFSI focuses on strategic infrastructure including digital, transport and energy, because the politicians realised that there is an urgent need to improve transport infrastructure in the European Union. By the example of Germany Ismail Ertug explained that the value of German infrastructure decreases daily by 13 million Euros and that the costs to renew and maintain existing infrastructure amount to annually around 7 billion Euro. This seems to be on basis of a competition issue in Germany. It became more and more unattractive as a location for business and more and more businesses move their production to other countries. Another issue seems to be a lack of expertise in the area of infrastructure development (Planers, engineers, consultants, etc.). A possible financial solution for these problems could be additional infrastructure financing from the EU and EU member states through distance-based road charging for commercial and private vehicles.

At the end of the keynote from MEP Ertug, the auditorium raised many questions concerning e.g. the lack of financing and maintenance of the European Road Network, road financing possibilities and European road policies. Mr. Ertug took all the necessary time to answer the questions. 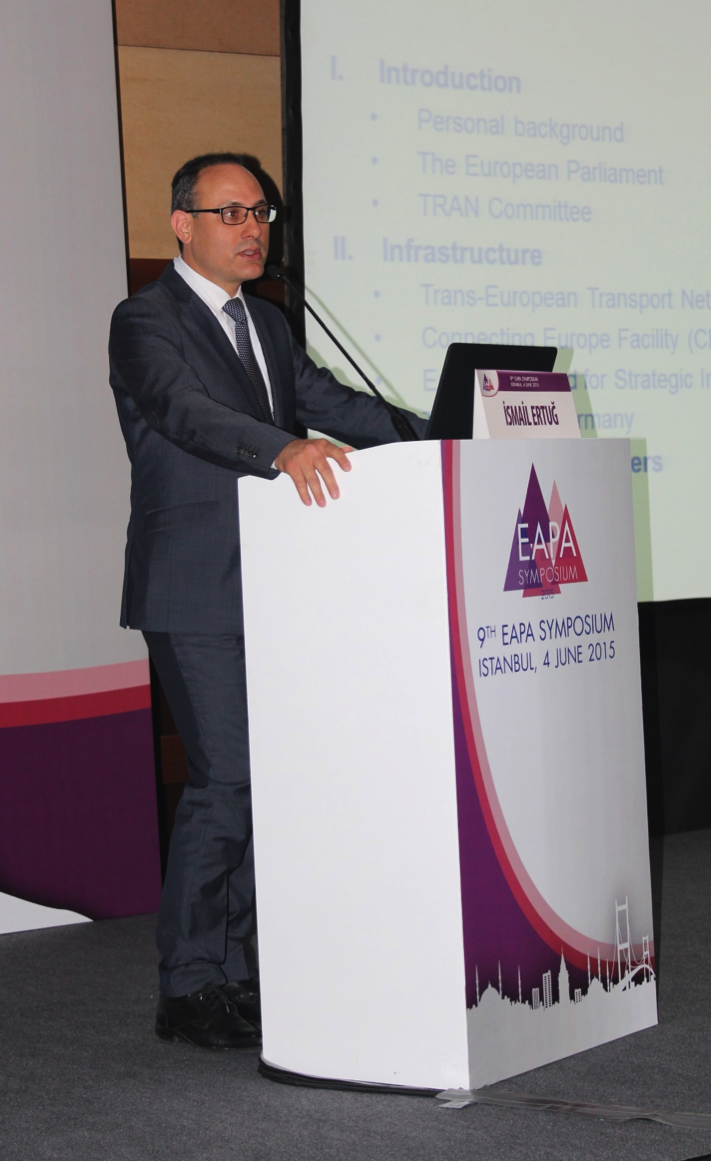